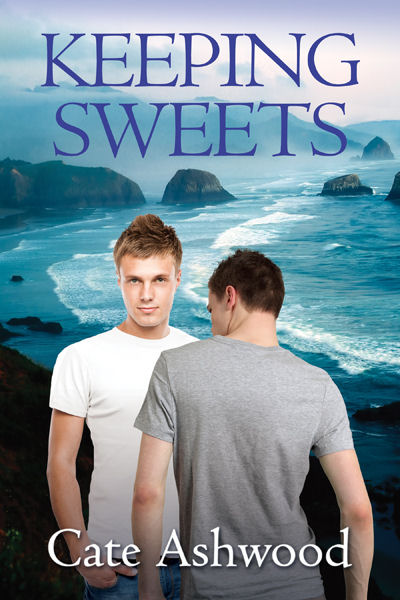 Although I did have minor problems with the book (the whole I won't do what I want to do because I don't feel like I should, even though I will obviously have to at some point because this is a romance novel argument that Brandon kept clinging to got old rather quickly), I just can't bring myself to rate it anything under five stars. The snappy pace of the novel and Ashwood's obvious writing talent made Keeping Sweets a heartwarming and engaging experience I am not afraid to recommend to any romance afficionado - and this is her debut novel, so she is definitely an author to look out for. Also, I am really hoping that the minor character of Colt gets a spin-off novel, he was such an alluring mystery!


Find Keeping Sweets on Amazon, or add it to your to-read list on GoodReads.
Posted by Nikola at 2:48 AM

Nice review! That's great this was such a wonderful debut book. You don't always find that. I'm glad the romance worked- always an important aspect.

"You're a yes in the world of no's
you're the Beatles to my Stones..."

Nikola
Welcome to my blog! Feel free to browse around and interact with the website, or click here to learn more ABOUT ME.

He, She and It
by Marge Piercy
tagged: currently-reading